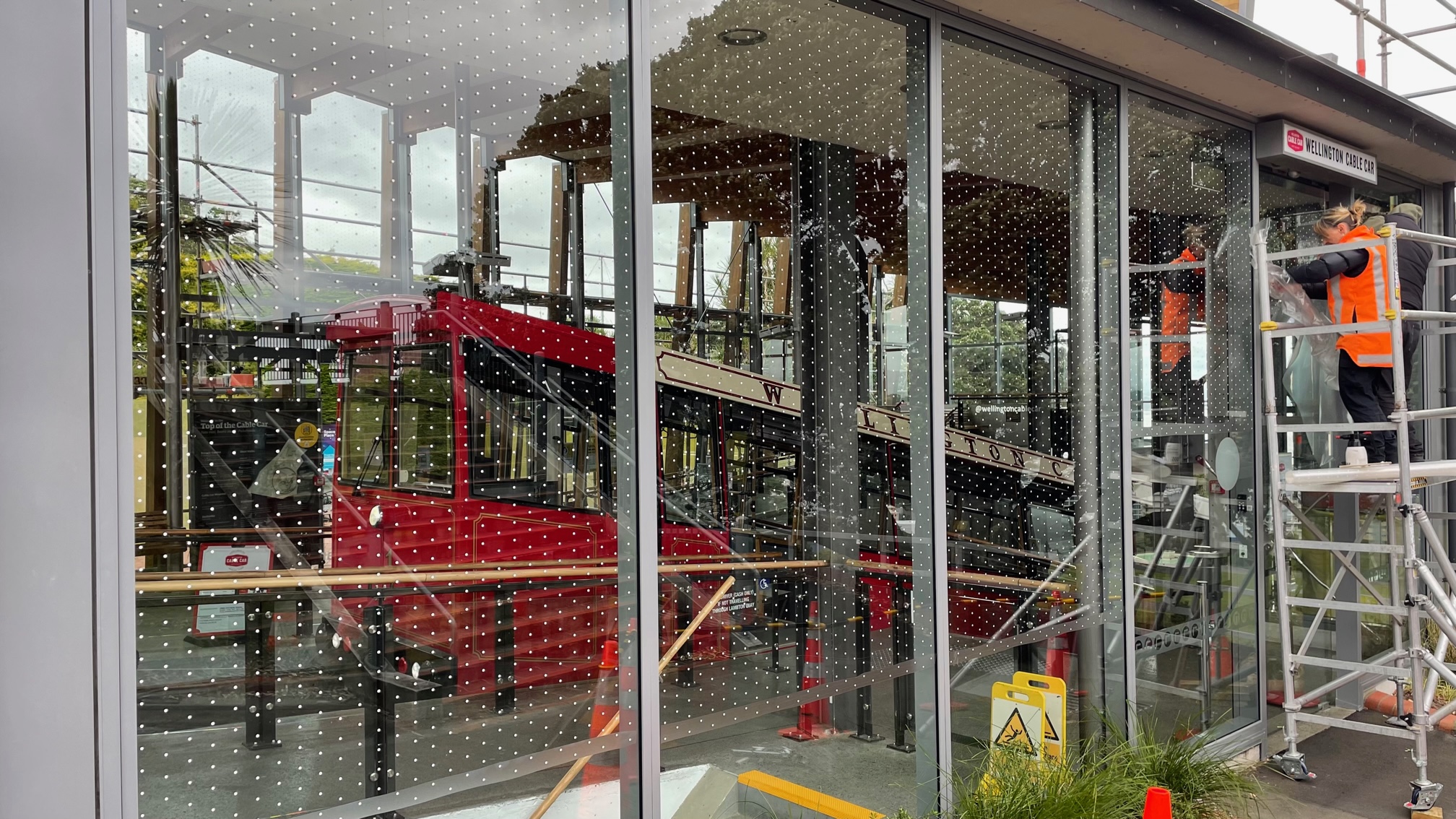 Feather Friendly window markers have made their debut in New Zealand with a large-scale bird collision mitigation project.

On March 18 the Leonard Cockayne Centre and the Wellington City bus shelter were covered with Feather Friendly collision markers to help protect native birds like the kākāriki and kereru. This marked the establishment of the first ever commercial bird safe building in New Zealand.

As often as bird collisions happen in New Zealand, they are still viewed by many as being unavoidable. Urban Wildlife Trust is hoping this innovative initiative demonstrates that these collisions can be prevented.

They also hope this New Zealand first will inspire other residents to take action to mitigate window strike and protect precious native birds from this avoidable human-created problem.

To see the bird conservation project unfold, watch the video below: