A Beginner's Guide to Bird-Friendly Legislation in North America 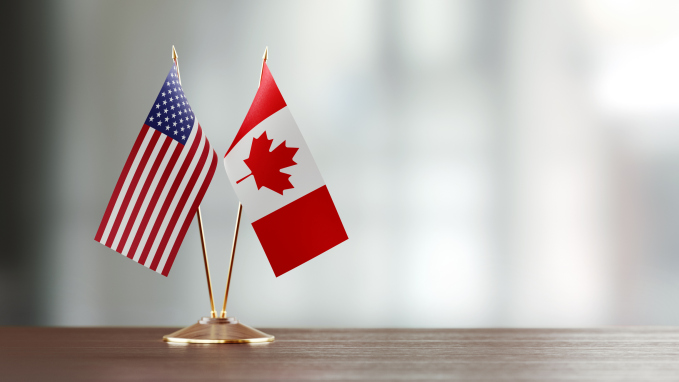 A Beginner's Guide to Bird-Friendly Legislation in North America

In last month’s blog post, we discussed which North American cities posed the greatest threat to birds. Now, we’re going to spotlight the various municipal, provincial and federal legislations that were created to protect migrating and local birds from fatal window collisions.

In recent years, many revisions have been made to the North American acts to include species that had originally been excluded from protective status due to their reputation as “pests”. Similarly, guidelines that relate specifically to window collision prevention have been added to offset the devastating effects of bird collisions.

With the rise of animal activism, and growing attention on bird-safe building standards, we want to put the spotlight on federal and municipal bird-friendly building legislations that exist across North America.

We’ve selected two federal and two municipal legislations that have been passed in Canada and the United States to demonstrate how bird-friendly standards work with existing plans to protect migrating birds.

If you’re wondering which cities, states or provinces have bird-friendly legislation, you probably don’t need to look very far! An estimated 1 billion birds will die each year from window collisions in North America, which means Canadian and American citizens, governments and organizations must continue to implement and improve standards that protect birds from needless collisions.

Toronto was the first city in North America to adopt bird-friendly standards. Toronto’s Bird-Friendly Development Guidelines is considered to be the formative text and has been referenced by other municipalities who want to create help make their cities safer for birds.

At the Canadian federal level, the Canadian Standards Association (CSA) Bird-Friendly Building Design Standard outlines bird-friendly design requirements, which are meant to reduce the impact of bird-building collisions within Canada.

This is a voluntary act that includes both light pollution and reflection as detrimental to migratory and local bird species. Following the requirements outlined will prevent bird collisions on buildings across the country.

This local law, which was passed in December 2019, requires any new construction or renovated buildings to incorporate bird-friendly materials (outlined in sections 1403.8.1 through 1403.8.4). Initiative 1482-B is specifically designed to reduce fatal bird-building collisions, which contribute to roughly 1 billion bird deaths each year across North America.

The bird-friendly building code requires that new construction in all five of New York’s boroughs use bird-friendly materials at 0-75 feet above grade. Visit our blog to learn more about New York’s Bird-Friendly Building law!

This bill, sponsored by representative Mike Quigley, requires that any public building constructed, acquired, or that has been altered by the General Services Administration (GSA) to adhere to bird-friendly standards.

The Act requires that buildings limit the amount of glass from 0-40 feet above the ground level, and that 60% of the materials used above 40 feet incorporate bird-friendly design.

Although some buildings are exempt from following these regulations, such as the White House, the GSA is responsible for monitoring bird mortality rates at all government buildings and initiating lights out incentives.

According to a survey conducted in 2016 by the U.S. Fish & Wildlife Service, birding contributes to the annual $80 billion dollars that is made on the wildlife watching industry, including the sale of equipment, DVDs, books and memberships. The economic impact of birding is therefore one that generates great wealth for North American towns and cities, since “bird watchers spend nearly $41 billion annually on trips and equipment.”

Findings from a 2011 report from U.S. FWS also showed that, at the time, local communities were benefitting “from the $14.9 billion that bird watchers [spent] on food, lodging and transportation.” In 2011 alone, an estimated 666,000 jobs were supplemented and created by the demand for the bird-watching industry.

But birds support more than just the economy. According to an article published by EverythingBirds, roughly 2000 species of birds function as pollinators. In North America, the number one pollinator for plants is the hummingbird, which, unfortunately, is one of several species that is highly susceptible to window collisions.

Although the pollination process is something humans may not take part in, or even be able to see, approximately “75 percent of food crops require pollination,” which means that we must protect our avian pollinators in a variety of settings to continue to support not only the agricultural industry , but also the environment.

Be an Advocate for Birds in Your Community

Even though there are many cities, provinces and states that have implemented bird-friendly legislation, there’s still a long way to go before North America can consider itself to be a bird-friendly continent.

So, what can you do to advocate for birds? We recommend donating to organizations like Audubon and FLAP Canada which can help bring issues like bird collisions to the attention of politicians within higher levels of U.S. and Canadian governments.

It’s our hope that businesses and homeowners will follow urban design guidelines to further reduce unnecessary bird deaths. Feather Friendly® encourages citizens to make small changes, like using DIY tape, and continue pushing for legislation that can help communities cultivate a better relationship with the environment and a greater appreciation for the role that birds play in tourism, pollination and our economic stability.

Start advocating for local and migrating species today by contacting Feather Friendly® to learn more about how you can prevent bird collisions with bird deterrent window markers!