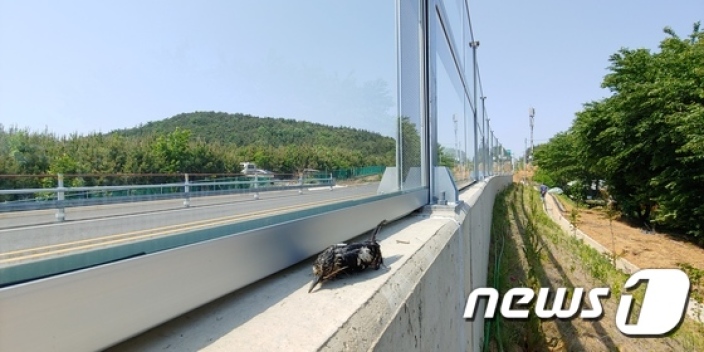 For Immediate Release: SEOUL, Mar. 13 (Korea Bizwire) — The Ministry of Environment on Wednesday called for nationwide efforts to reduce bird deaths from glass collisions, estimating that about 8 million birds are killed in South Korea annually by colliding with transparent windows. Read more below.

The ministry said it will join hands with the Ministry of Land, Infrastructure and Transport and other government bodies to push for various measures to protect birds from the dangers of glass collisions.

First of all, the ministry will revise construction-related regulations to minimize the installation of transparent soundproof walls. In case of unavoidable installation, the authorities will require contractors to apply uniformly spaced patterns that birds can recognize.

The ministry said it detected bird collisions with 56 buildings and soundproof walls nationwide between December 2017 and last August. In those places, 378 birds, including 85 turtle doves, were found dead. Two endangered birds were also among the victims.

In consideration of data on transparent building glass and soundproof walls and the detection rate of dead birds, the ministry estimated the number of collision deaths of birds at 8 million a year.

There are a lot of birds dying because they are crashing into the transparent soundproof walls on the freeway between Daejeon and Sejong. People have kept bringing up this problem and the government is arranging a solution.

An astonishing result came out when we attached tiny squares on the wall. Lee Yong Seek will report. There are two dead (bird name)s under the soundproof walls on the freeway between Daejeon and Sejong. A lot of birds are found dead all four seasons here.

The Ministry of Environment attached tiny 6mm-long squares at a distance of 5cm apart and monitored the birds. The transparent soundproof wall with these tiny squares is very large that is 110m long and 10m high. No dead bodies were found in the last 50 days. Comparing to 20 dead bodies last year, this is an astonishing change.

There were 16 dead bodies found near the soundproof wall without tiny squares during a period of 50 days. A Sparrow hawk, which is a natural monument, was found dead. Even if it’s just a small dot, birds think that it is filled with something, not hollow, so accidents won’t happen.

By using tiny dots, there is no clear space and it doesn’t hide landscapes compared to hunter bird stickers. The Ministry of Environment will keep on monitoring the wall until the end of April and decide whether to choose using small square stickers for the solution.

I’m Lee Yong Seek, SBS News. Judy M2 In Daejeon, there have been numerous accidents with the sound proof road screens that are on the roads of Saejong, and the birds that collide into these screens.

These walls that stand on either side of the road are around ten meters in height, and one hundred and ten meters in length. The material is also clear acrylic glass, which is the reason why these aerial creatures often crash into them.

Some of the carcasses found on the highway are considered to be endangered species in South Korea, an example being saemae (새매). With these problems happening far too often, the government stepped in with an idea of putting dotted patterns on the screens.

These dots came in strips of stickers that were placed on these walls to prevent these frequent accidents. Although these dots were as small as six millimeters in width, it was enough to help avoid these collisions massively. In the fifty days from when these reinforcements were made, there were no collisions. Where as in the same period of time before, there were sixteen dead birds found on the side of the road.

Needless to say, this genius idea was able to save much of the wildlife that inhabits Korea. These creatures were able to see that these screens were not something they could soar through, and found another path to fly to their destination. 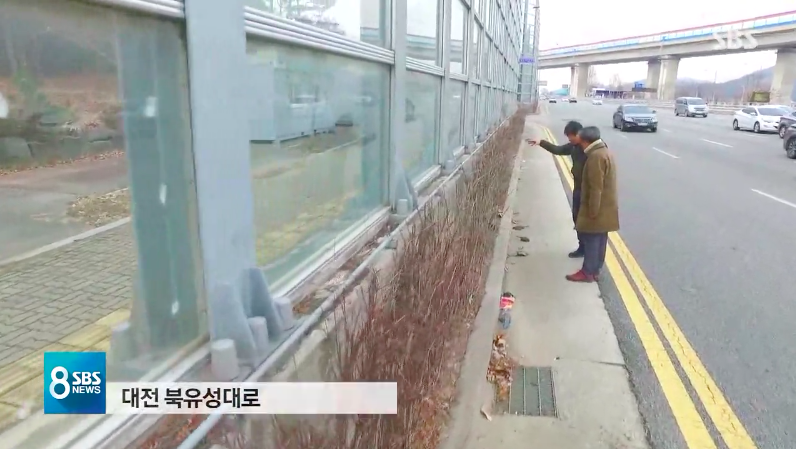 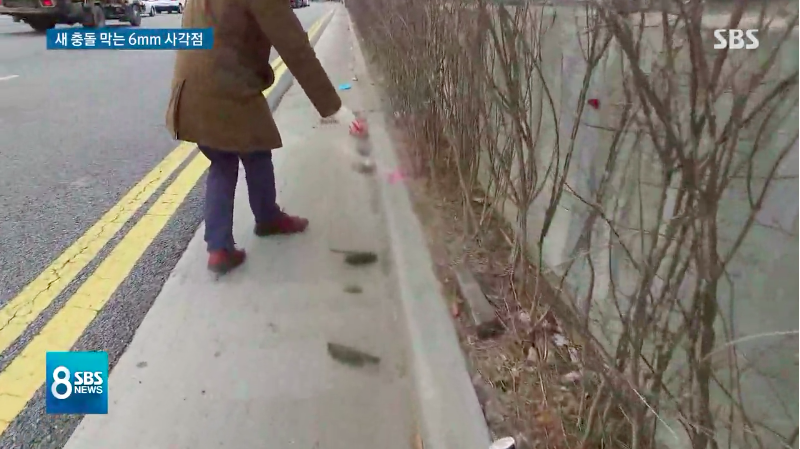 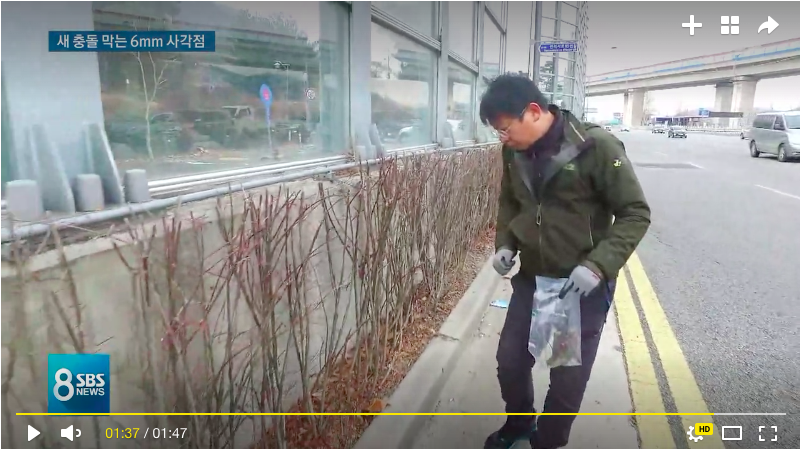 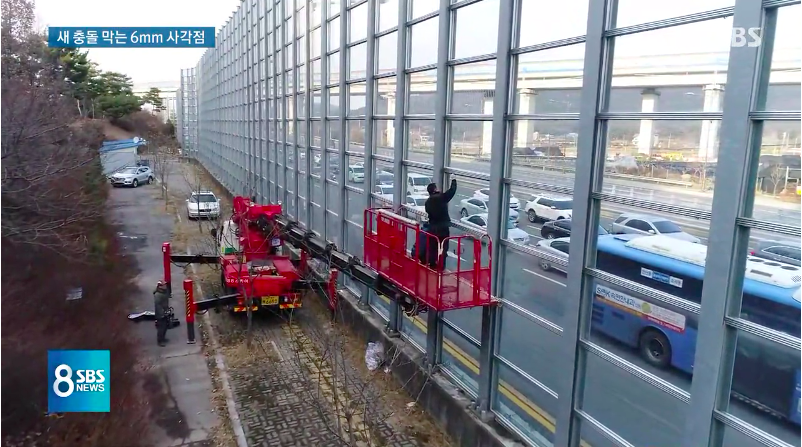 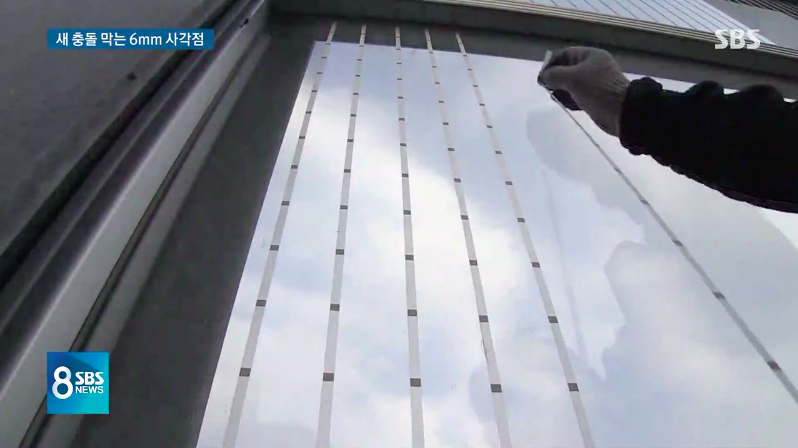 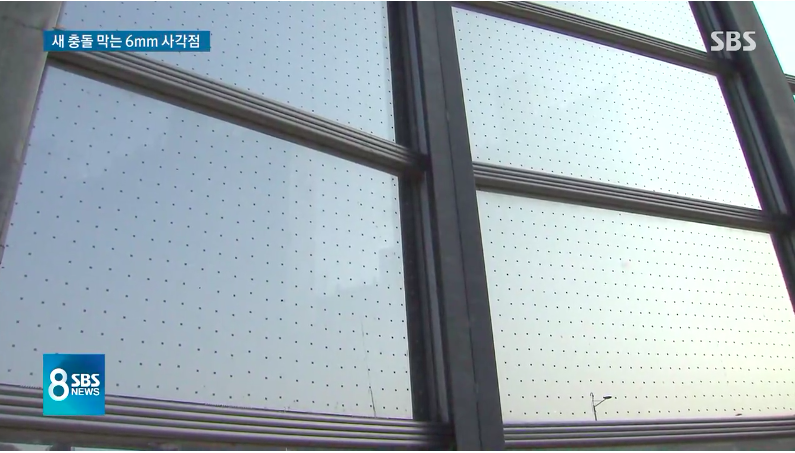 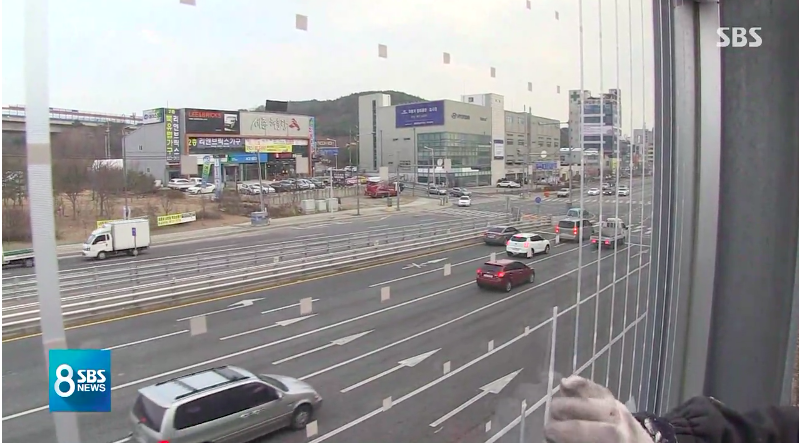 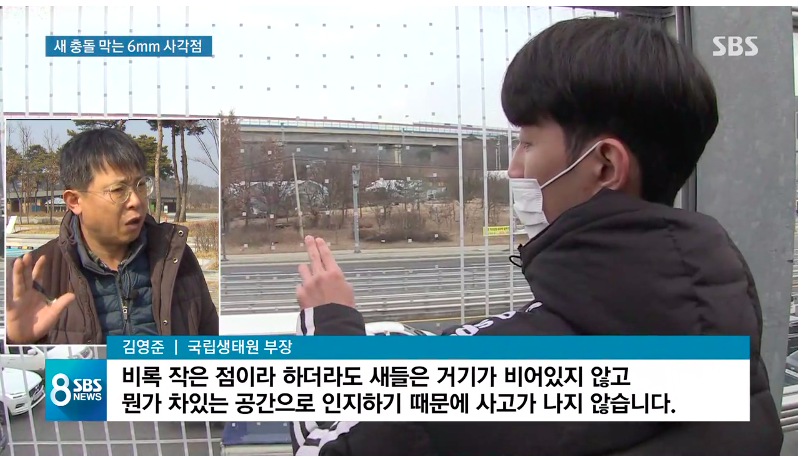 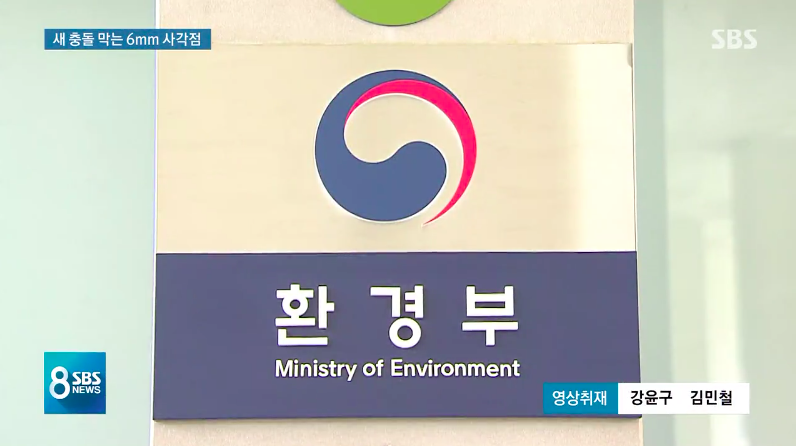 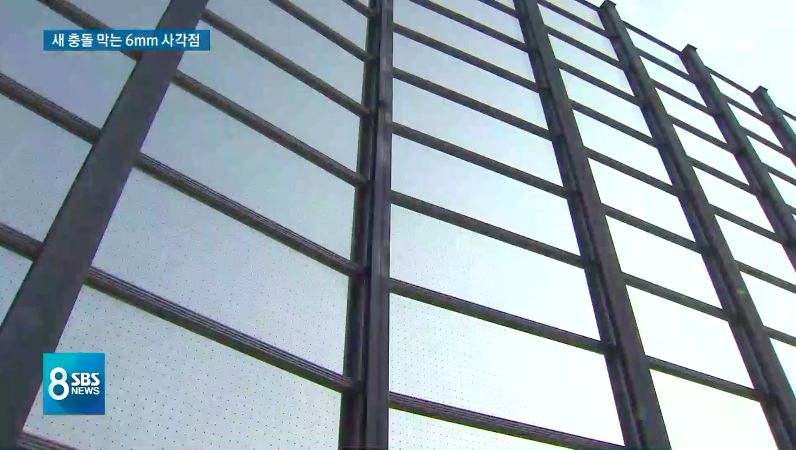