The Canadian Museum of Nature Installation

The Canadian Museum of Nature Installation

In 2018, the Canadian Museum of Nature installed Feather Friendly® commercial film at the museum's Natural Heritage Campus to protect birds from collisions. This site serves as the museum's national research and collections facility, which houses more than 14.6 million specimens, labs, corporate offices and the museum's library and archives.

As many as one billion birds fatally collide with windows in North America annually. According to Safe Wings Ottawa, as many as 250,000 birds are killed by windows every year in Ottawa and Gatineau alone.

Most window collisions occur during the fall and spring when the birds are migrating. In 2016, Safe Wings Ottawa recorded 101 species of birds striking windows in the Ottawa region.

Working Together to Make a Difference

“ We are thrilled to have installed these films at our collections facility, and plan to install more in less critical areas. The decision to use this product was based on pricing, esthetics, longevity, effectiveness and life-cycle costing." 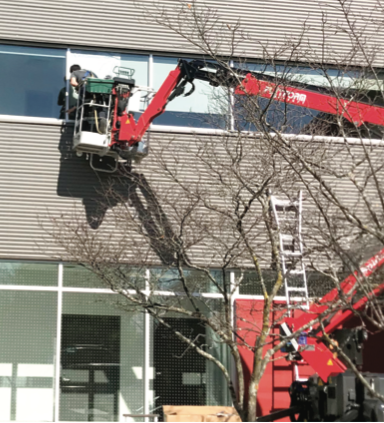